Arkona – More than a wind farm 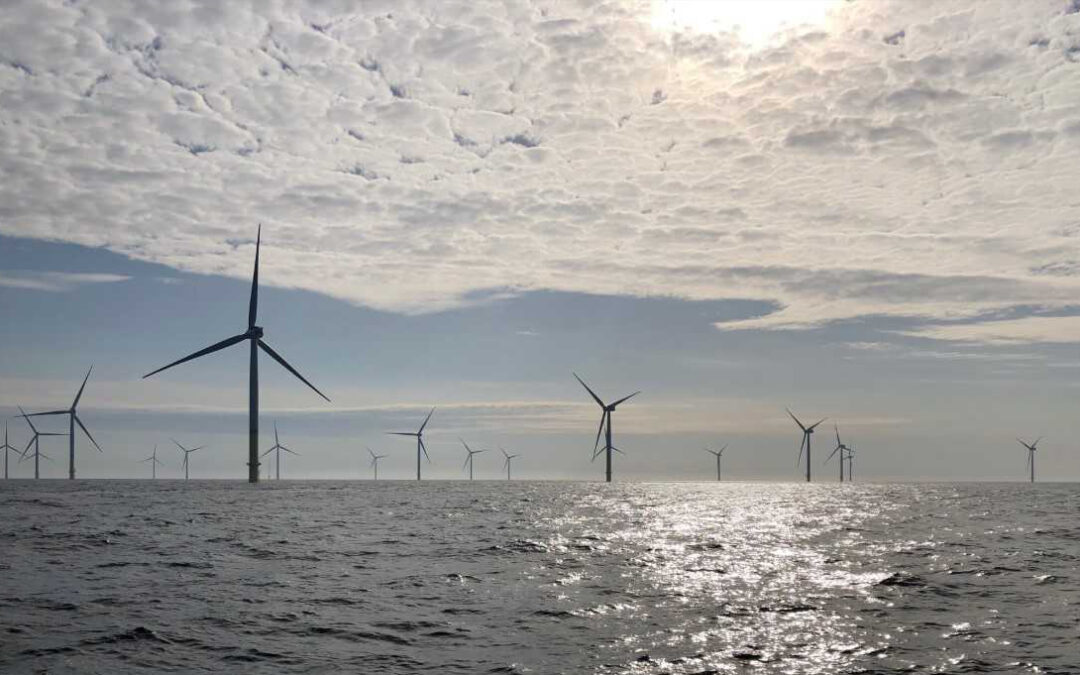 The news of the timely commissioning of the currently biggest offshore wind asset in the Baltic Sea went all around Europe on April 16, 2019. As German chancellor Angela Merkel was part of the official inauguration of the Arkona offshore wind farm, media coverage was very good. Chancellor Merkel was clearly proud to be part of this event, as the district of Rügen and Stralsund in Mecklenburg West Pommerania actually is her home district, where she is elected to be part of the parliament. With this article we would like to share some insight information regarding the actual event and the Arkona project.

The cooperation project of E.ON and Equinor (former Statoil) was presented as a European project involving main deliveries not only from Germany but also from France (transformer station). Besides the presence of Merkel, E.ON presented several high level speakers from politics and industry, mainly Norway, Germany, France and Belgium. The celebration was held in the harbour of Sassnitz-Mukran on the offshore wind installation vessel MPI resolution, owned and gratefully provided by Van Oord, one of the main suppliers in the establishment of Arkona. The jack-up vessel was positioned at quay side and all guests were hosted in a transparent marquee on the main deck, which meant that the impressive jack-up legs and cranes could be looked upon during the ceremony. E.ON managed to frame the speeches by engaging Norwegian opera singer Silvia Moi, a youth gospel choir from Hamburg and also the local singer Rollo, who had dedicated the project its own song. A very happy project director Holger Mathiessen and his team were proud to be able to present their achievement in such festive context.

Exclusively, our representative Tanja Tränkle, RISE, was given an opportunity the next day to visit the offshore wind farm at beautiful weather and relatively calm sea. 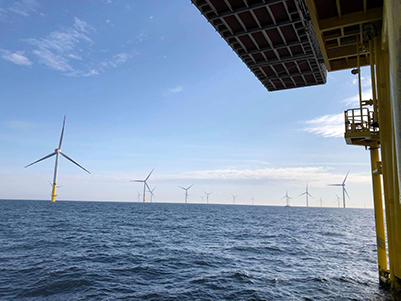 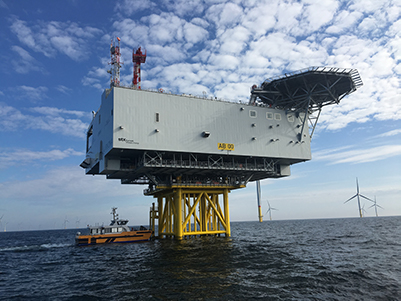 60 pieces of Siemens Gamesa 6MW-class turbines were standing tall together with the offshore platform constituting 385MW, which will annually result in electricity for 400 000 German households. This corresponds to 1.2 million tons of CO2 emissions avoided every year.

The offshore platform is shared between the wind farm for the collection of electricity produced, and transmission system operator 50Hertz, who is transforming and transmitting the electricity via connection points Ostwind to onshore landing point Lubmin by HVAC (high voltage alternating current). Turbines are located around 35 km from shore and are spread on an area of 39 km2. Together with the neighbouring wind farm Wikinger (Iberdrola) it can slightly be seen from Rügens famous view point Köningsstuhl on the chalk cliffs (UNCESCO World Heritage and national park).

As soil was deemed to be heterogeneous at water depths between 23 and 37 meters monopile foundations had been selected. During installation of the monopiles, noise mitigation was set to be a very important factor for matching authorities’ requirements for the protection of porpoises. During pile-driving operations a Hydro Sound Damper (HSD) was used, which was attached to the piling frame on the Svanen (installation vessel by Van Oord). This net, containing air-filled elastic balloons and special PE foam elements, formed a curtain around the monopile and reduced underwater noise. To further dampen the sound underwater, two temporary bubble curtains were laid on the seabed around the pile-driving location. The curtains released bubbles of air that rose to the surface to form a barrier around the Svanen, breaking acoustic waves and further reducing noise levels. In addition, FaunaGuard was used to safely and temporarily deter various marine fauna species and by use of special underwater acoustics prevent potential harm to porpoises.

Arkona foundations design and manufacturing developed a dedicated thermal spray aluminium process for the monopiles. The surface is also sealed with epoxy resin. This process has been in practice for smaller steel components under water but was now applied in industrial scale. Even the connection of monopile and transition piece got some special attention: Using a bolted connection, the major part of all loads is taken by the bolts. As a second innovation, an ultrasonic measurement for the actual tension of all bolts was used. Grout was only used to protect the connection long term.

For the harbour of Sassnitz-Mukran the development also meant a major step in providing their offshore wind terminals during installation. Now Arkona service base is in operation at the quay side providing continuous employment during the 25 years operational period. As the cluster of wind farms is going to develop further it is expected that sub suppliers are going to establish branches locally – a success for local development, for the environment and for cost efficient electricity supply. Despite this currently being the biggest project in the Baltic Sea – for the project team as well as for the rest of the industry – this is just one step on the road of success for offshore wind energy as the future main base supply of electricity.

Once more, congratulations to the project team and all suppliers for the successful delivery and installation of the Arkona offshore wind farm! 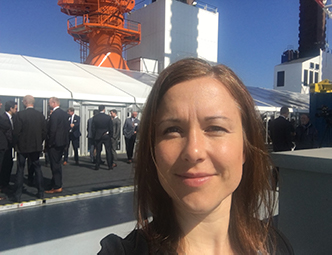